The lowly dollar, pound, yuan, peso, or any other form of paper money has transformed itself into a polarizing topic.  On one side are the #notcash contingent.  These are digital payment advocates for whom the path always leads to technological answers.  At the other end are social advocates that see real need and real value in continuing to support a payment form that has lasted the test of time and for which many people rely on; especially those that might be financialy dis-enfranchised.

In this blog, I'm going to examine the outcome of trying to shift cash to digital payments in various countries around the world and the resulting outcome and consider what might happen in the future world.

In 2016, Indian prime minister, Narendra Modi, abruptly announced that almost immediately, the government was banning cash payments.  This is a historical moment in the payments industry and nothing like it had been seen before.  We can call this the Big Bang approach and while it might work for implementations, it definitely didn't work for an entire country.  With a stated goal of uncovering untaxed income, Modi threw his country into such turmoil that economic growth tanked and ultimately, consumers began using cash covertly, then openly..  Result:  Digital payments via wallets soared temporarily, but eventually came back down to Earth and cash payments returned. 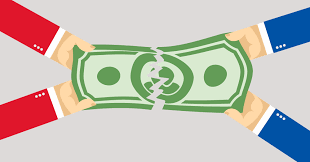 2.  Let Everyone Create an Alternative

Peer-to-peer payments, also referred to as P2P, is where one uses software and bank transfers to create a transaction that mimics cash in its ability to be immediately transferred between two individuals.  The problem these ideas ran into is that there was no ubiquity, so users were left to ensure that senders and receivers had the same app or banked at the same bank or were forced into some other form of registration to actually get their money.  These solutions are better distributed now, but are no means universal and  average transactions remains stuck in the low hundreds of dollars.   Result:  P2P payments have taken a place in the market, but transaction volume is small in comparison to the total market, their use is for larger dollar transactions (more than one might hold in their wallet), and liquidity remains an issue.

China has made the most emphatic announcements and investments in transitioning their fiat currency from paper to digital.  This is also the country that has, by, far, the most mobile payments in the world.  The combination of consumer preferences and governmental control, could actually work.  Result:  If it happens, eliminating cash requires an authoritarian government that can leverage widespread use of mobile wallets.  However, first mover advantage could be worth much more in the world economy, so something to watch.

In the market-driven U.S. economy, some merchants have taken the bold step to simply ban cash acceptance.  These practices have not gone over well with many state governments, some of which have passed laws to mandate merchants accept cash payments.  Result:  Announcing publicly that cash is not accepted in a free market is a call to arms.

In the time of Coronavirus, cash is suspect and a potential carrier of the virus.  In this environment, everything we touch is suspect and the industry is heavily promoting the use of contactless cards, mobile apps, and touchless payments.  Some merchants are banning cash in their stores as well.  Result:  Cash usage is dropping and a percentage of consumers will not return to using cash as much post-pandemic, but there is no real data to support any final impact analysis yet.

There are other schemes and strategies one can point to in the fantasy war against cash, such as Sweden, where we thought a cashless society existed until we found out that even there, people need to be able to use cash.  Faster Payments is another strategy that has worked to shift high value and low efficiency bank transfer payments out of their markets but has yet to penetrate low value cash transactions or retail cash transactions.

From these experiences, we now know that cash retains its value as a preferred payment form for many individuals for a variety of reasons; some good and some bad.  Cultural and market forces have successfully tamped down efforts to eliminate cash and even moderately successful strategies, like P2P, are still far from universal.

As compared to digital payments, one might say that cash just doesn't add up, but so far, there is no better form of universal payment that's available to any individual anywhere than cash.  Over time, managing cash itself will become so costly that most markets will move to a digitized fiat currency.  Many central banks around the world are piloting such solutions, but for the time being, these are all experiments.  However, central banks are working more closely together than ever before, technologies to support cryptocurrencies are rapidly improving, and the market is beginning to understand how to manage risk in a digital environment.  Result: Cash still has a long way to go before it is done.