This week, the U.S. District Court for the Southern District of New York ruled that the OCC did not have the legal authority to grant a bank charter to an entity not eligible for federal deposit insurance.  In other words, only banks can get a bank charter.  Thus speaks the National Bank Act signed into law in 1863, as well as the Glass-Steagel Act which created the FDIC, signed into law in 1933.   As a reminder, it was the Conference of State Bank Supervisors and the New York Department of Financial Services that filed separate suits to stop the OCC from pursuing these charters.

There are special purpose banking licenses in the United States, most notably Industrial Loan Charters (ILC), which were established back in the day when manufacturers wanted to lend money to their employees, but now serve primarily to regulate credit card lenders.  The fintech banking charter that the OCC proposed in 2015 was designed to breath some fresh air into our banking system and address the need for a national fintech licensing strategy in the U.S.  The problem they were willing to face was exactly how to define "fintech" from a licensing perspective and what kind of financial requirements and regulatory controls to impose on these companies. 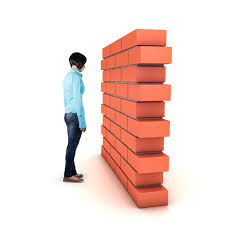 The U.S. banking industry wants none of it for the same reason they've fought hard to block companies like WalMart from getting an ILC.  Why invite the fox into the henhouse?  In a country that is intensely competitive, it is ironic how noncompetitive our markets really are.

Establishing a regulatory definition of 'fintech' and creating monetary controls that not only protect users but also ensure that these entities have to operate within a federally mandated set of operating rules and guidelines doesn't seem to be an unreasonable goal in 2019.  Another advantage would be that regulators gain deeper insights into the operating and business models of fintech companies as they analyze their periodic reports.  Long-cited as a competitive advantage for fintechs, reduced operational overhead,  becomes less so as they would now have a larger compliance burden.   In addition, the regulatory standards defined as part of a fintech banking charter would also leak over to institutions that provide BiB services to fintech solutions.

It's another irony of the situation that community banks have benefited greatly from fintech companies needing their BiB services and an entirely new banking segment has arisen to serve start-ups and fintech companies.  However, their larger cohort sees fintech as the competition that's coming head on for them and this cohort has the muscle to put up a fight.

Where does this leave the U.S. banking industry?  Depends on your point of view.  Traditionalists are likely pleased that their post-Civil War business remains largely intact, but struggling to respond to the shifts in consumer preferences for less friction in their banking experience.  Fintech advocates recognize that without a more cohesive and logical set of rules to allow them to compete on the larger playing field controlled by the biggest banks in the country, getting to a profitable scale is going to be difficult unless they partner with their protagonists.

For now, the OCC is heading back and confab to figure out next steps.  Let's hope they've got some.